Which routes will the plutonium shipments take? 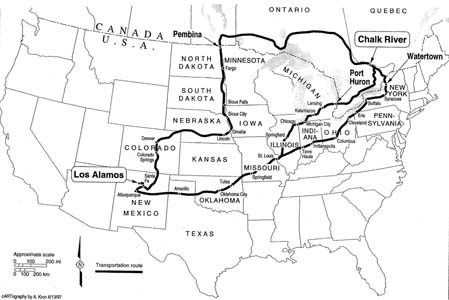 These are the three possible routes that might be taken in transporting weapons-grade plutonium from Los Alamos to Chalk River Laboratories north of Ottawa. (Autumn, 1998)

The U.S. Department of Energy contacted American towns along these routes and invited their input into the environmental impact statement under preparation.

Canadian towns were not identified or contacted by either government. Nor is there any environmental impact statement available for public input in connection with the proposed shipments. 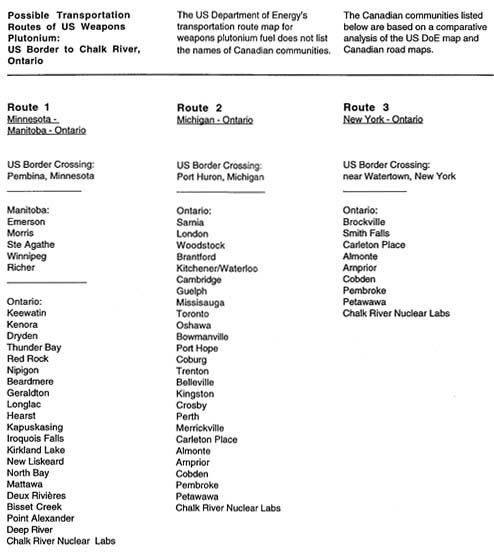